Well; the last few weeks have been a bit manic to say the least, so it’s hard to know where to start.

To get the tedious bits out of the way to begin with, the dissertation has been completed, bound, and submitted, all 90 pages of it!

The madness really started about 2 weeks ago, when I sent an email ‘by chance’ to a global business development agency, Wardour And Oxford.

The first week was full of ideas being thrown around, most of mine completely overshadowed by the global thought process at Wardour And Oxford.

Eventually however, after some in depth conference calls, some over 4 hours long, we agreed on an idea. Unfortunately, another website was in need of creation, so after a day of rapidly coding a page, Climate Unchange, a Wardour And Oxford brand, was born.

How I fit into Climate Unchange however is something that I am extremely proud to be able to announce:

‘I am truly humbled to announce my appointment as ambassador of Climate Unchange, a brand of Wardour And Oxford, a global business development agency. I will be working closely with leaders of Climate Unchange to bring attention, response and action’.

My role as ambassador will be to promote the awareness of both climate change and Climate Unchange, a company which aims to tackle climate change head on, through the offset of carbon emissions.

The current press release can be found via the link at the end of the blog, and more information will be released as and when, but for now, I simply feel humbled to be associated with a company whose aim is to tackle one of the most important issues that modern societies currently face. I am still on the search for corporate sponsorship, however I am definitely moving in the right direction, under the wing of the team at Wardour And Oxford.Interspersed with a healthy dose of uni work, my training has also been going equally well. I have one more session to complete, for an altitude study at NTU, and have been gradually upping my training intensity as uni becomes more manageable. I also just got back yesterday from climbing at Red Point in Birmingham, a great 3D venue, where I managed to ascend the 6a stalactite. 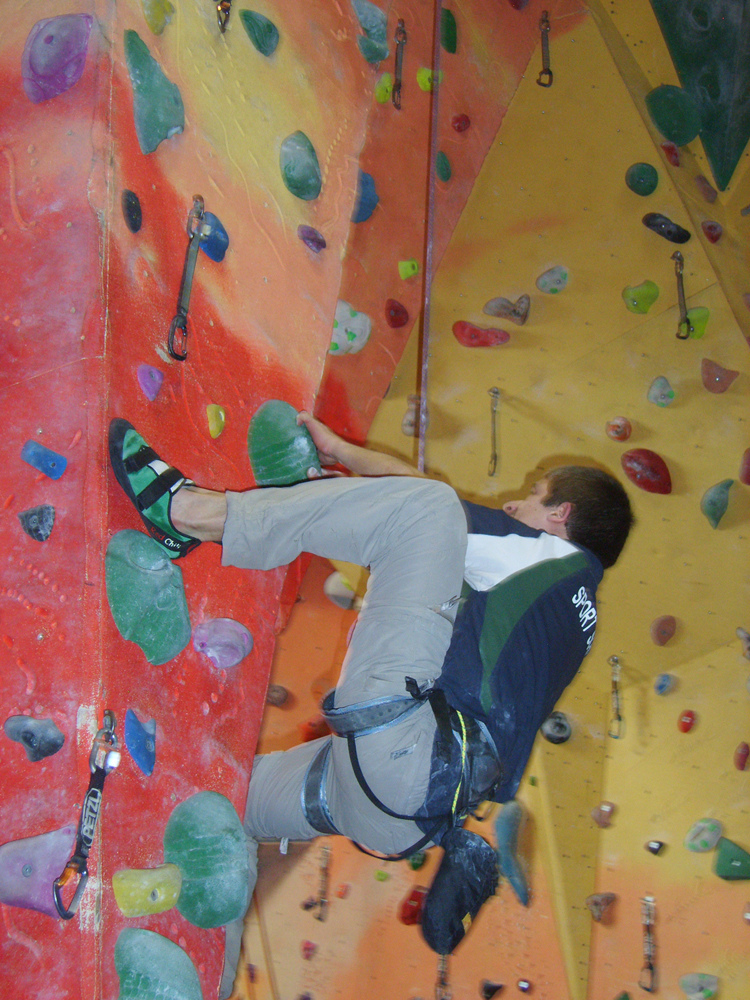 Finally, congratulations to Becky Bellworthy who has just secured sponsorship, and is climbing Everest via the South Col in an effort to become the youngest British female to do so. My guide from Scotland, Zac Poulton is also going to Everest, guiding on the North side. Both are leaving in around 1 week, so best of luck to both of them, and everyone climbing on the mountain this season.